When we hire a VPS, we are paying for a specific hardware, both in processor cores, dedicated RAM, storage (disk) space, and also because of limited bandwidth. Depending on our needs and what we are going to use the VPS for, we will have to buy the cheapest versions with very limited hardware, or buy higher versions with better hardware and more available bandwidth.

If we are physically in Spain, it is very It is recommended that the VPS be hosted in Spain due to the latency of the connections. If we hire a VPS abroad, all the traffic must go through many intermediate routers, depending on the route of the packets, we may have a higher or lower latency, but it will always be higher than if we hire a VPS server in Spain. The delays experienced by a data packet from the time it leaves the source until it reaches the destination are as follows: 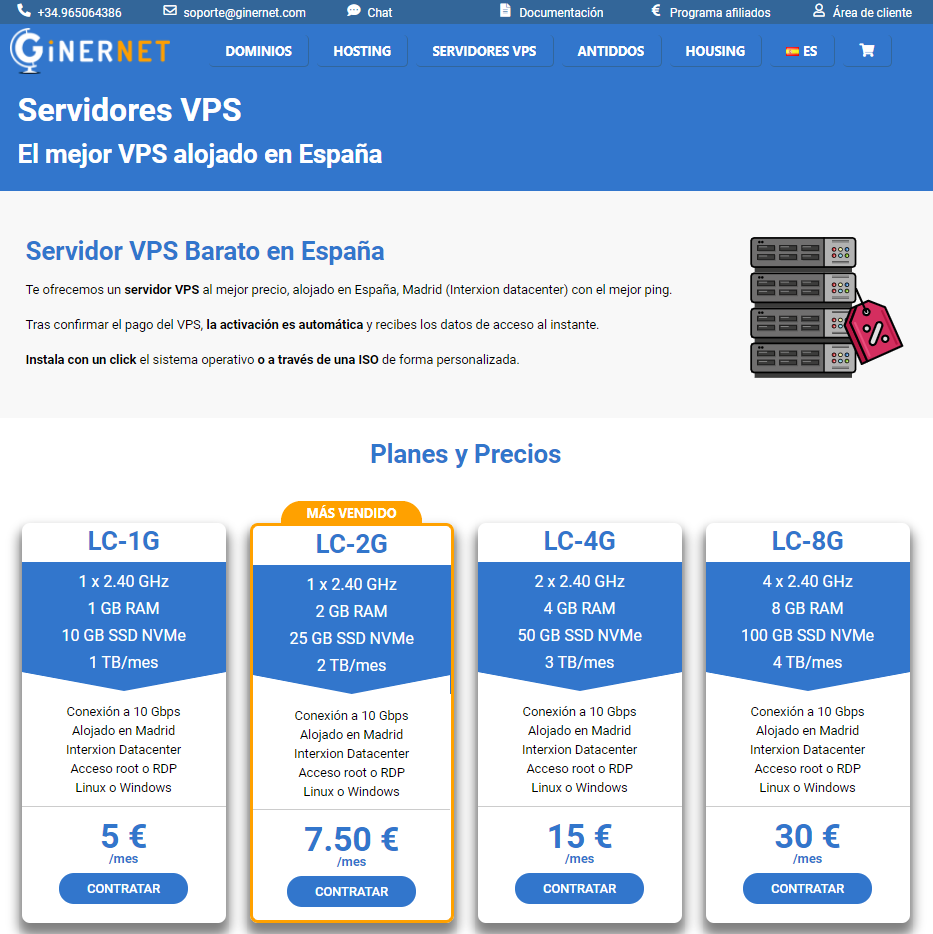 As you have seen, if we have a VPS in Spain, with very few hops between routers from our origin, and that is geographically close to us, such as in Madrid, the latency of the connection will be really low, around 10 ms. If we contract the same VPS server in France, the latency increases to approximately 50-70ms, depending on the path followed by the packets. And if, for example, we hire it in the US, the connection latency will exceed approximately 120 ms.

Actions carried out by the hosting itself in the VPS

Although when contracting a VPS we are the administrators and we can decide which operating system to install, and even which programs to install, there are certain actions that are carried out by the hosting, therefore, we should not worry about it:

A VPS server is the ideal solution for any user who needs to deploy a more complete project than a simple website with its corresponding shared or dedicated hosting, thanks to the possibility of choosing the operating system, the web server, the database management system and all the software, we will have a great configurability.

If you do not have the necessary knowledge, you can also opt for a managed VPS. This type of VPS incorporates a cPanel Admin license to easily and quickly manage the VPS, in addition, you can create up to 5 cPanel accounts easily and quickly. Other features of this cPanel is that it includes the JetBackup license to make daily, weekly or monthly backup copies of each cPanel account. 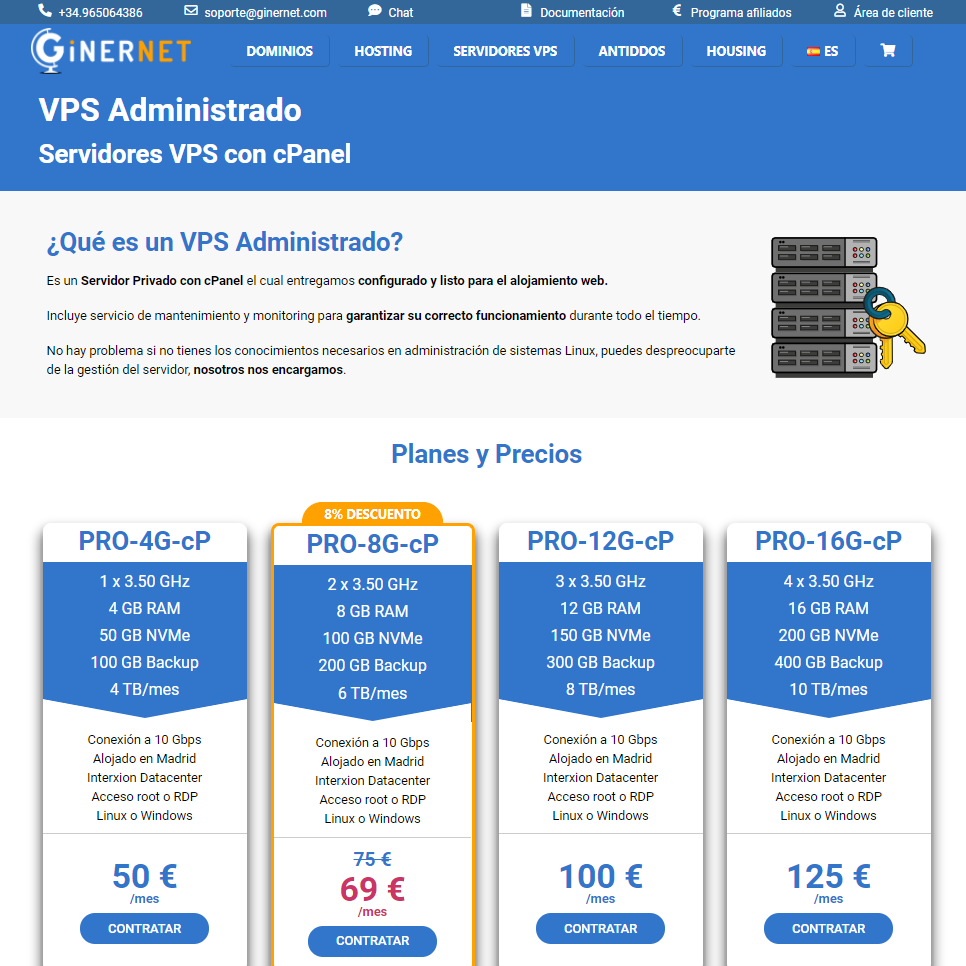 If you want to perform a specific action, you can always ask the hosting staff to help you with a specific configuration. In the specific case of this Ginernet managed VPS, you can also choose to install LiteSpeed ​​to speed up website performance, and even install CloudLinux.

You can contract VPS with Windows operating system

These VPS servers also include a free IPv4 address, and an IPv6 /48 network to use IPv6 connectivity, in addition, we will have weekly backups as usual, the possibility of configuring snapshots to go back whenever you want and much more. Some very typical uses that can be made with these Windows VPS, with Torrent downloads in an easy and fast way without the need to configure a Torrent client in Linux that is more complicated, you can also trade Forex without any type of limitation.

How to digitize a business? | The Economist

they report coupons for house raffle in exchange for votes