Years ago, before the United States veto affected Huawei and prevented it from using Google services, the company was famous in Spain and the rest of the world for its alliance with Leica, the photographic signature premium by excellence. A collaboration that Huawei has confirmed has ended and that has been the precursor to many other collaborations between photographic brands and manufacturers. Now, Leica has decided collaborate with Xiaomi.

As both companies have announced, Xiaomi and Leica have announced a collaboration similar to that of Huawei. “long-term”, indicating that as with Hasselblad and OnePlus, it is expected to last a long time. And not only that: they already plan to launch Her first smartphone on the whole.

The first Xiaomi phone that will make this collaboration between the two brands official It will be released in July this year. A smartphone which will have photography as a flag, so it is inevitable to think that this will be the Xiaomi 12 Ultra, because last year’s model followed a similar line.

Xiaomi and Leica, together

This alliance, according to Lei Jun, founder, president and CEO of the Xiaomi Group, will seek to give “a strong boost to Xiaomi’s image strategy.” This will cover “from optical design to the adjustment of aesthetic orientations, innovative technologies, product philosophies and image preferences of both parties,” explains Jun.

Unfortunately, neither the specific day on which this new phone will be launched nor if the Leica name will be reserved only for Xiaomi’s high-end models have not been confirmed. The model, although it is more than likely to be the Xiaomi 12 Ultra, is also not known, so we are entering a purely speculative field. Of course, the duration of this alliance has not been specified either. 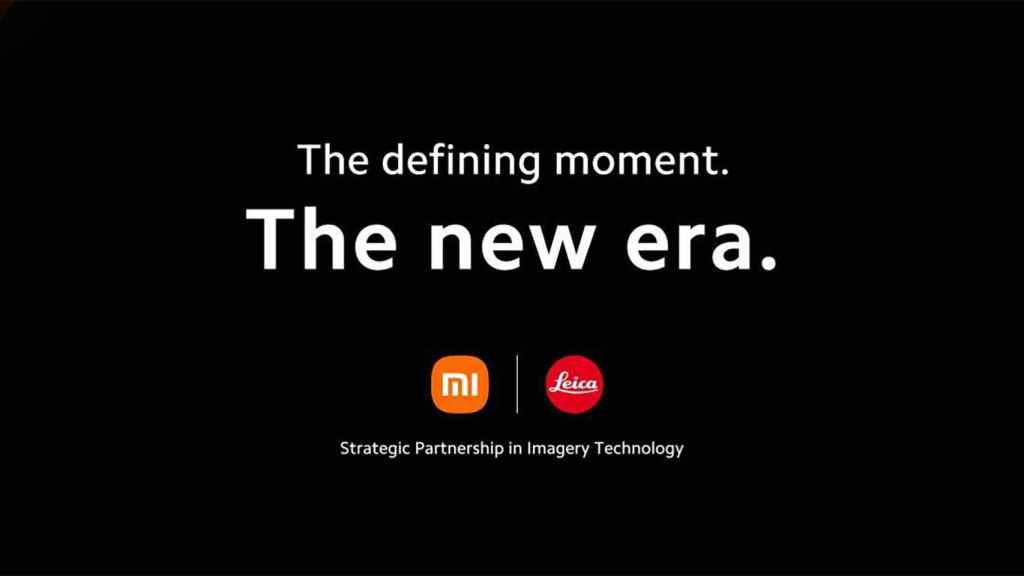 Poster promoting the alliance of Leica and Xiaomi.

The union of these two companies is far from the only one. In fact, in recent years the trend of collaboration between photographic brands and manufacturers of smartphone has only increased. are the cases OnePlus and Hasselblad or Vivo and Sony with ZEISS, to mention the most important.

For now it is a mystery to know how it will affect the photographic level in the smartphones Xiaomi this collaboration with Leica. However, given the advances that Vivo has made with its cameras in terms of technologies thanks to ZEISS, it is expected that the results with Xiaomi will be the least striking.

Following this announcement, Huawei has confirmed the evidence: the agreement between Huawei and Leica that gave life to the Huawei P and Mate has ended. As confirmed by a spokesman to AndroidAuthority, Huawei ended the cooperation between these two companies last March 31.

Therefore, the last smartphones of Huawei in using the branding Leica’s are both the Huawei P50 and P50 Pro. The P50 Pocket doesn’t use Leica branding, even though it was launched in December last year. The Huawei Mate 50 that will be presented in the future will also not have the Leica symbol on its cameras.

If you are looking for an iPhone, an Apple Watch, some AirPods or a Mac, you have them cheaper in our deals on Apple devices of the week

Pokémon, V Rising, Dontnod... the business news of the week