The DOS system It was one of the most widespread in the past, a key part of the IBM PC, as can be seen in history. However, little by little it has been replaced by other more modern operating systems. What not too many people know is that there is still a DOS that has survived and is usually installed on some current laptops, or that there are still some machines that still maintain MS-DOS.

A unknown to many new generationsand even with some gaps for users of previous generations, who believe that the origin of everything was Gates and Microsoft…

A DOS system (Disk Operating System), as its name suggests, is a type of operating system that resides on a disk, being able to use a storage medium from it, such as another floppy disk drive, a hard disk, etc. This system is very simple compared to the current ones, but its code is enough to perform the basic operations expected from an OS:

This type of system was very popular in the past, especially on IBM PCs, where MS-DOS from Microsoft It was one of the most widely used operating systems of the time and the predecessor of the current Microsoft Windows, although the Windows NT kernels were not derived directly from MS-DOS as non-NT Windows did.

Microsoft tried to fix all the problems its systems based on the DOS-kernel for current computing, including security for the Internet age. To do this, it would start the creation of a new portable kernel, compatible with OS/2 and POSIX, with multiprocessing support and with improvements for the Internet age.

This project was going to name OS/2 3.0, as Microsoft was working with IBM at the time to develop the OS/2 operating system. However, with the success of Windows 3.0 at the time, Microsoft decided to bet on a Windows API and not OS/2, something that would cause tension between IBM and Microsoft. At that time, IBM continues to develop OS/2 and Microsoft would focus on its project, renaming OS/2 3.0 as Windows NT, which would be the replacement for DOS.

Then Microsoft would hire a team of developers from DEC (Digital Equipment Corporation), including Dave Cutler, to build NT with Dave’s experience who had worked on VMS and other operating systems. The rest to this day you already know…

History of the DOS system 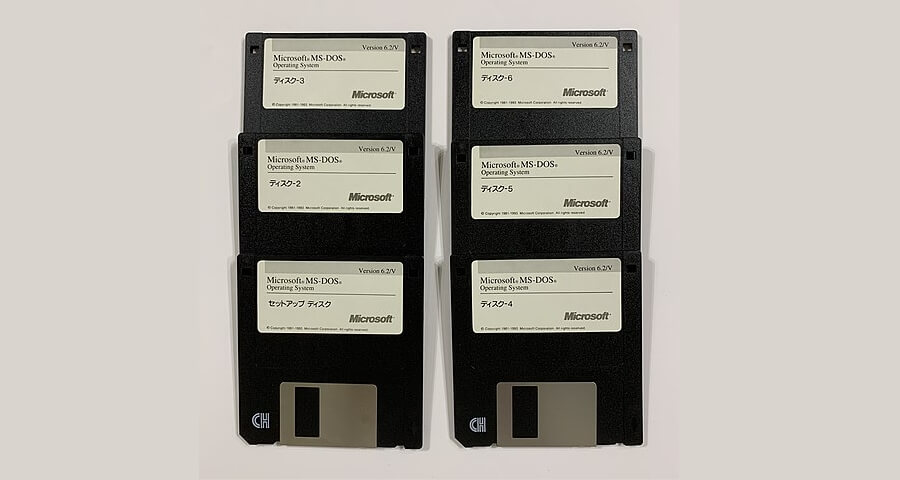 Although many relate TWO With MS-DOS, the operating system of this Microsoft family, the truth is that the start of this system is not linked to the Redmond company. Everything goes back to the era of the IBM PC, when the blue giant presented its new concept with an Intel 8088 microprocessor. This computer needed an operating system.

Therefore, the IBM company tried to find a supplier and initially thought of CP/M, an operating system developed by Digital Research and that at that time it had the vast majority of compatible software. In this way, CP/M-86 should be born, compatible with the Intel 8088. But the negotiations turned out to be a failure, since Digital did not want the payment system imposed by IBM, but wanted to continue with its method of collecting royalties.

In addition, Digital Research threatened IBM with a lawsuit for infringing intellectual property, and for this the blue company had to offer CP/M-86 with their PCs to resolve this conflict, even though the operating system was released several months after the machine itself. In this way, the user could choose the operating system to use.

After Digital, IBM thought of using QDOS, which was similar to CP/M-80, and whose company had been created in Seattle. The problem with this system was that it had been designed to run on its own hardware, not the IBM PC. For this reason IBM and Microsoft began negotiations to port QDOS to the IBM PC hardware. Microsoft basically adapted QDOS and gave it to IBM as PC-DOS.

CP/M-86s sold poorly due to its high price compared to PC-DOS. This generated another dispute between Digital Research and IBM, since the former accused the latter of offering marginal prices to harm its business. All caused by the refusal of Digital to the single payment, while Microsoft had accepted said deal.

Quickly PC-DOS begins to be the new standard of the IBM PC industry. And Digital Research Inc. loses ground with its customers.

Gordon Letwin wrote in 1995 that “DOS was, when we first wrote it, a throwaway product designed to keep IBM happy so they would buy our languages.”

… and then “the coconut” arrived. When AT&T began selling UNIX, Microsoft and IBM saw it as a big threat, so they started developing a replacement for DOS called OS/2. But it would be of little use, since UNIX began to become popular in universities and companies, being one of the best operating systems in history.

Little by little UNIX would also evolve with some forks and Unix-like systems like Linux. But TWO didn’t quite die, a remnant remained beyond the first versions of Windows. Jim Hall would publish a manifest to create an open source DOS replacement. He would be joined by other developers such as Tim Norman and Pat Villani.

These developers would initiate the project to create a open source DOS kernel, a COMMAND.COM shell, and some basic utilities. The result was a distribution called FreeDOS that would be released in September 2006, and available under the GNU GPL license. It may be used, copied, or modified royalty-free and legally. 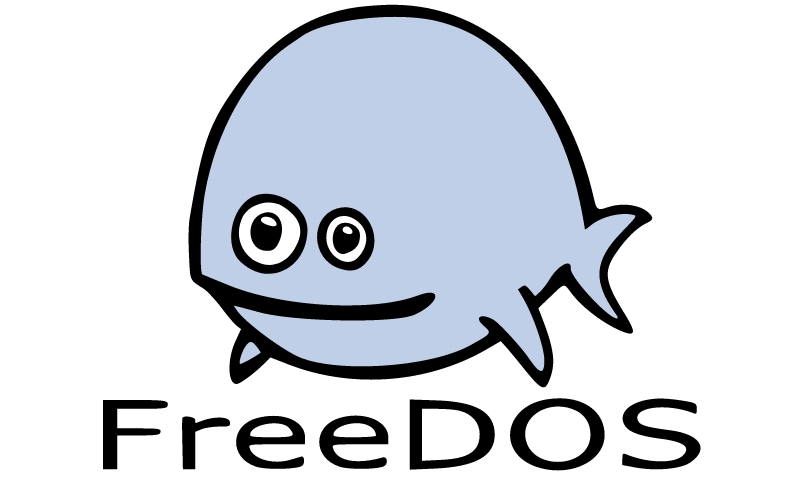 The DOS system family it’s huge, and it goes way beyond Microsoft’s MS-DOS. You can find many related systems such as:

There was other DOS system names in the past, even some that included the denomination in their name, despite not having direct kinship with this family. Some examples are Apple DOS, Atari DOS, Commodore DOS, TRSDOS, AmigaDOS, DOS/360, etc. 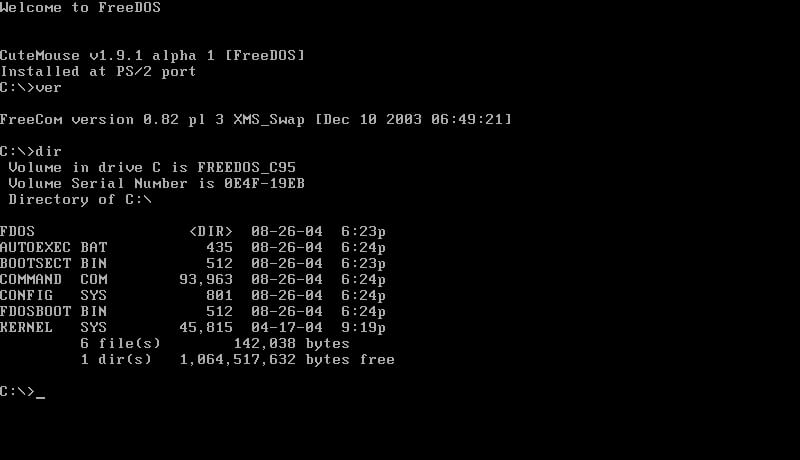 In 2018, Microsoft made a move that surprised many people, and that is that it released the source code of MS-DOS 1.25 and 2.0 in a GitHub repository. Many wondered what the point of that is if it is no longer used, and many others thought it was a move simply so other people could study the code.

But you should know that MS-DOS is still used currently on some x86 embedded systems where memory and other hardware requirements are minimal. And some in systems that you could not even imagine. The news that the Pentagon is still using Windows 95 and 98 operating systems is not an isolated case.

Many machines still rely on systems that were developed decades ago. Many others also depend on old hardware. Some systems used by NASA continued to use Z80 chip, that’s why they came to buy devices with these chips to try to have spare parts. Or you also have the case of McLaren F1, which needs a Compaq LTE 5280 (a laptop from the 90’s) to upgrade.

Obviously, the ultimate goal of FreeDOS is not to serve as end operating system, but to have a basic system while the user installs the one he has chosen (Windows, FreeBSD, Linux, Solaris,…). In this way, the manufacturer of the OEM equipment does not condition you to pay a license and use a specific system, but you can choose on your own.

Besides, the essence TWO He is still in many other projects. For example in some emulators for retro video games, in emulation software like DOSBox, and more.

Cheaper and more sustainable: the advantages of buying a refurbished or second-hand cell phone

Is a Marketing Degree Worth It in the 2020s?