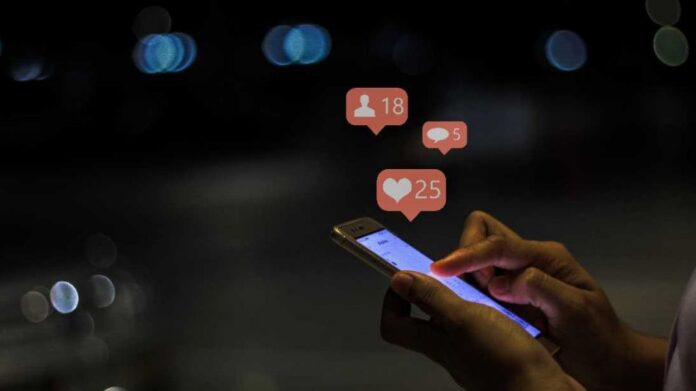 What are the insurance companies that lead the ranking in social networks in Spain? How is the consumer in the Insurance sector?… Rebolda marketing and communication company based on data analysis, has launched the ‘Barometer of social networks in the Insurance sector‘, to answer these and other questions, and investigate this segment. The Barometer has studied the presence and behavior of 21 companies on Facebook, Twitter, Instagram and LinkedIn.

The Barometerwhich has taken into account 84 profiles on these platforms, reveals that Adeslas, health, AXA Y Caser they have the more engaged communities, taking into account the volume of followers and the average interaction in each social profile. In this regard, it is worth noting the leadership and tendency to interact with Adeslas on Twitter, Facebook and Instagram, and with Sanitas on Twitter, Facebook and LinkedIn.

For its part, AXA, Mapfre Y Zürich Are the insurers with the most followers on social networks. They accumulate more than eight million users between the three in the different channels analysed, with a significant prevalence on Facebook, where AXA exceeds 3.1 million fans, followed by the two million of Mapfre and the more than 915,000 of Zurich

Facebook is, generally speaking, the preferred social network of the insurance industry and its customers. LinkedIn is the second most powerful among customers in the insurance sector. In the case of AXA, the company exceeds one million fans, although the podium changes places when talking about Mapfre, with more than 539,000 followers on LinkedIn, and Zurich, with just over 645,000.

Health brands, the most successful in social networks

Rebold’s analysis also reveals which social networks generate more engagement in the insurance sector. In this case, Instagram is the one generate more interactions with users, who use this platform to interact with their insurer. Although this behavior is widespread, companies such as Generali and Liberty Seguros also stand out in interactions on LinkedIn, while Sanitas does so on Twitter.

The Health insurancewith Sanitas and Adeslas in the leadare the most successful in social networks if interactions with users and customers are measured. This phenomenon is explained by the health and healthy life advice shared by insurers in their publications, and which brings its success to companies in the sector that, although not only specialized in health, also offer these insurances, such as AXA, Mapfre, Línea Directa or Fiatc, which generate a significant number of interactions when it comes to these contents.

However, the study highlights that the size of the communities directly influences the impact and engagement of the publications: the smaller the size, the more interactions, which would show that it is preferable to choose to have fewer followers, but more engaged with the brand. This is the case of Adeslas and Caser which, despite having smaller communities on Facebook, record better interaction data.

Regarding the contentsinsurers bet mostly by generate branding in their posts, with a combination of messages focused on corporate issues, links to posts that they publish on their blogs or information about anniversaries or CSR actions.

They also organize contests and offer promotions, although the posts strictly commercial Are the third by volume, as Rebold has detected. And although they also talk about sustainability, the most popular posts are those that involve famous peopleWhat youtubers, influencers or athletes, with whom many insurers already collaborate at the level of sponsorship and advertising. In many cases, categories are combined with actions such as raffles sponsored by a celebrity, something that generates even more interactions and between very different audiences.

In relation to this topic, theBarometer of social networks in the Insurance sector‘ has identified the strength of TikTok among insurers, although only Santalucía and Pelayo have a profile in this apps, very popular with the younger crowd. Rebold contributes some tips to the insurers analyzed; among them, to join TikTok to take advantage of the opportunity to generate live and action-generating contentin contrast to traditional posts based on text and static images.

How to improve the engagement of insurers on social networks

Rebold contributes other recommendations to the insurers analyzed. Among them, who bet on diversify the channels to reach different audience profiles with different types of content (for example, with professional themes on LinkedIn and Twitter and more dynamic on Instagram) or that use their own and striking creativities so that the branding generated is more powerful and effective.

In addition, Rebold advises post high-quality videos and imagesas well as bet for influencers for sweepstakes and promotionsdue to the greater reach they generate, and not to think that by publishing more times you will get more engagement.

Rebold has also wanted to carry out a study that goes beyond the analysis of the situation itself to go into more specific details that can serve the insurance sector to improve its role in social networks. “With this report, a pioneer in our country, we wanted to analyze the activity of brands in the insurance sector in their social profiles from different angles. We accompany the study with a thematic analysis and detection of the most relevant actions. Finally, we provide ideas to optimize social profiles in this sector as tips“, Explain Nacho Marti, Consumer Intelligence Manager at Rebold Communications.

Rebold’s analysis even takes into account the users profile at the time of analyze how they interact with insurers on social networks. They are usually people who use these platforms more than two hours a day and they seek in them to have a connection with the outside world, which also includes the brands that they value when consuming products or contracting services.

In fact, use social networks to find out about products and services before hiring them, hence they interact with insurers directly in case of doubt. They do it, in this order, via Instagram, Facebook and Twitterand they are willing to add TikTok to the list, especially the younger ones.

In this sense, users they look for videos that show them quickly and directly the characteristics of the products that they are considering consuming, which opens an opportunity for insurers if they bet on this format.

The best offers of the Gaming Days 2022 of PcComponentes