Ryzen Mendocino is the new APU that AMD has just announced at Computex. It is an accelerated processing unit that will be destined to efficient and cheap laptops or as the company says, “for the daily battle”.

Ryzen 7000 desktop processors and the motherboards that will support them have been the star of AMD’s keynote at the Taiwan fair, but not the only novelty. In addition to announcing dozens of ultra-slim and gaming laptops under the current Ryzen 6000 and -no less- than 60 new laptop designs under the Ryzen PRO variant for professionals and companies, it has also introduced a new chip aimed at cheaper laptops. 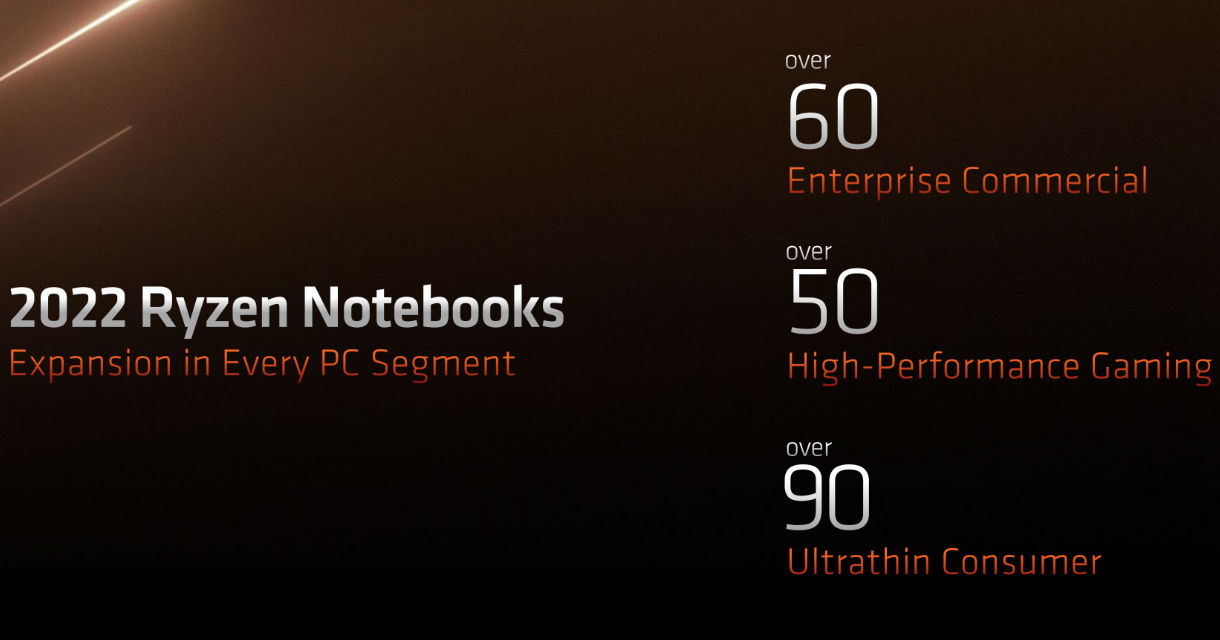 If you’ve been following the tech industry as long as we have, you’ll remember that this “Mendocino” name was already used by Intel in 1999 as a code name for its Celeron processors based on the P6 architecture. Beyond the anecdote, this Ryzen Mendocino is quite similar to the “Aerith” custom APU that AMD has created for Valve’s Steam Deck handheld console.

It is an APU that will include the CPU, GPU and memory controller in the same package and will be manufactured by TSMC in a state-of-the-art process node. 6nm. AMD has chosen to use the ZEN2 architecture and not the new ZEN3 for cost and consumption reasons, with models with four cores and eight processing threads.

Greater interest produces the graphic section, since AMD has enhanced it compared to previous APUs with a integrated graphics with RDNA2 architecture which will enable it to run at least casual games. This new SoC for notebooks will work with LPDDR5 memory, which can be implemented in two-channel (64-bit) or four-channel (128-bit) memory bus configurations.

The rest of its I/O, connectivity, and power optimization features are the same as those used by the Ryzen 6000 series. Speaking of power, AMD promises that these computers will offer up to 10 hours of battery life.

The AMD Ryzen Mendocino will be available in time for the upcoming holiday season included in laptops like the Lenovo IdeaPad 1. The selling price for this series of computers will go from €399 to €699 and they will be able to work with both Windows and Google’s Chrome OS. The price is not bad for the current level of the industry and it is to be appreciated that the suppliers remind users that they do not need or can afford the cost of more advanced series. The jump to RDNA2 is also interesting to improve the graphic section.

state-of-the-art hardware and great performance, at a bargain price