A bizarre incident of a rather dangerous Diwali celebration was reported in Gurugram. Some residents were spotted bursting crackers not just anywhere, but atop their car. After a video of the incident went viral, the Gurugram police have arrested three people in this regard.

#WATCH | A video went viral on social media where some people were seen bursting firecrackers on top of a moving car’s boot near DLF Phase-III in Gurugram on Diwali (Oct 24). All three people have been arrested: Preetpal Singh, ACP Gurugram

Several bouts of fire is seen coming from the top of the car’s boot. Sparks are also seen hitting a car behind the car carrying fireworks.

The Gurugram police said they took cognizance of the video that went viral on social media where some people were seen bursting firecrackers on top of a moving car’s boot.

According to the cops, the incident took place near DLF Phase-III in Gurugram on Diwali night – October 24.

“After the video, all three people involved in the incident have been arrested,” Preetpal Singh, ACP Gurugram told ANI.

Several Twitter users slammed the negligence of the drivers and called for strict action against the accused.

A similar incident was reported in Karnataka’s Udupi after a man was caught firing a sky rocket from the back of his car.

According to IANS, several rounds of firecrackers exploded one after the other from the back of Vishal Kohli’s car in Manipal city. It was also a close escape for Kohli others in the cat after it was spotted moved dangerously close to a petrol pump nearby. 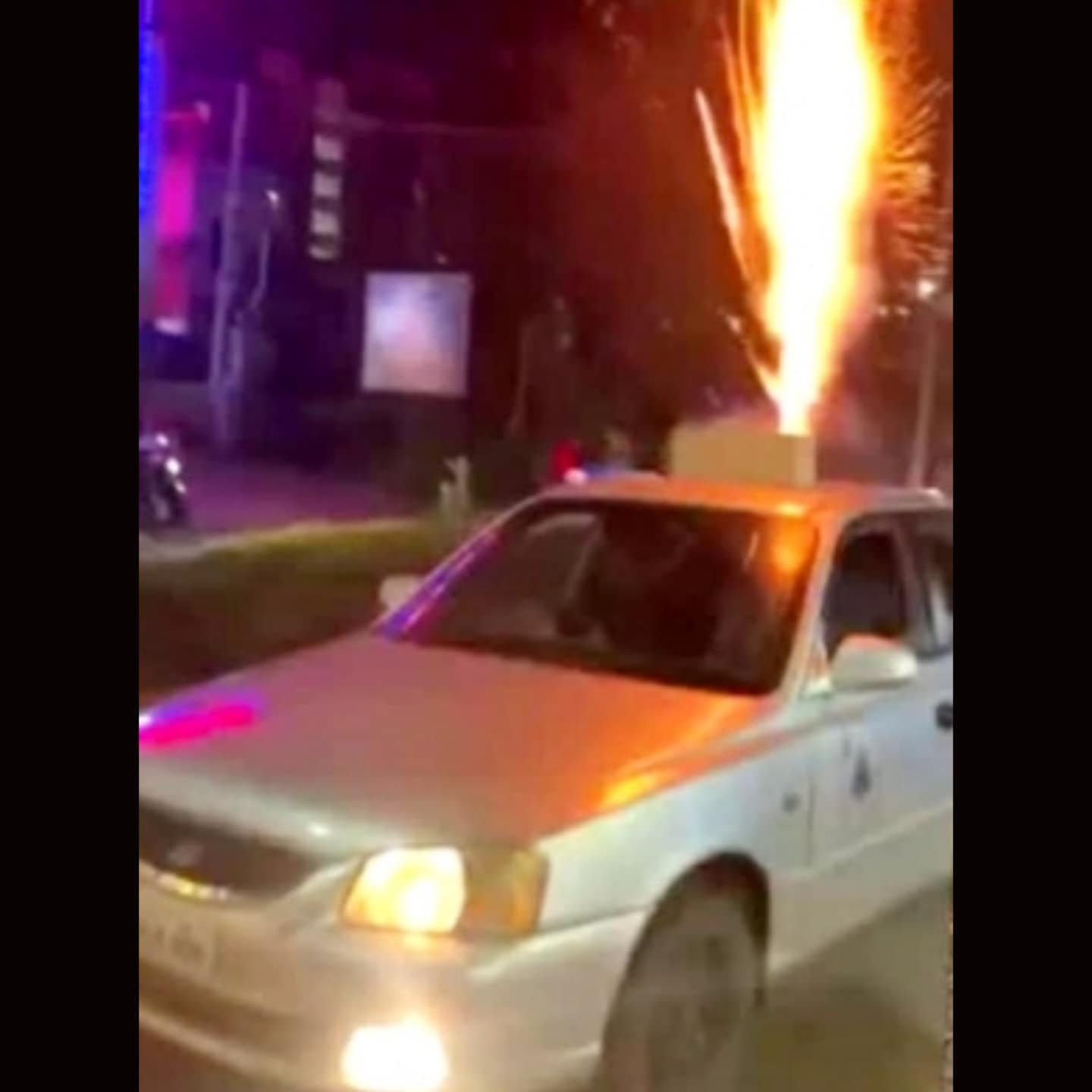 Video and photos of Vishal’s bizarre stent went viral on social media triggering a barrage of comments with several people expressing concerns over such incidents.