For Kin of Slain RSS Men, PFI Ban A Step Towards Justice

The recent case of Praveen Nettaru’s brutal murder in Karnataka’s Dakshin Kannada had once again brought the focus back on the killings that have been directly linked to the PFI or its political wing — Social Democratic Party of India (SDPI).

“We have lost our son. The investigations are on but the mental and financial turmoil that we have gone through cannot be expressed in words. When will my son’s killer be punished? They should get the strictest punishment. We welcome the banning of PFI. It is one step towards getting justice,” said Praveen’s father Shekhar Poojary.

Ranjith Salyan, Praveen’s cousin, told News18: “We are seeking justice for his death but we also want to stress to the government that PFI should be rooted out completely from the country. Their funding and kingpins must be traced. The men who conspired in the killings and those who mercilessly took the lives of Praveen Nettaru and others should be jailed and their entire organisation dismantled. That is what we expect now.”

The horrific murder of Sullia-based RSS worker Nettaru took place on July 26 when bike-borne assailants hacked him to death near his chicken shop. The issue soon turned communal after right-wing organisations claimed that he was targeted in retaliation for the death of a 19-year-old Muslim man identified as Masood. The police, during their investigation, found that the arrested had links with PFI.

“It’s a good thing that the PFI has been banned. Justice will finally be delivered to all those who have been attacked or killed by this terror organisation,” said Taniyappa Madiwala, father of slain RSS worker Sharath Madiwala. 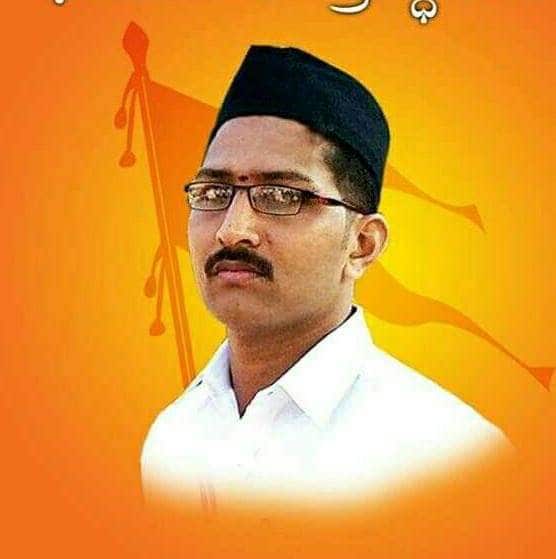 He added: “Banning the PFI has certainly made us feel that the government is serious about the issue and that my son did not lose his life in vain. The case has been dragging on for more than five years but those who killed my son were linked to the PFI and this ban will only give them stricter punishment.”

Sharath was hacked to death five years ago on July 7, 2017, just as he was downing the shutter of his family-run ‘Uday Laundry’ in Dakshin Kannada. His murder is suspected to have been in retaliation to the murder of Ashraf Kalayi, a member of SDPI, a couple of weeks earlier.

Less than a year after Madiwala’s murder, another case that rocked Mangaluru was the murder of Hindutva worker Deepak Rao. Rao was waylaid by a car and four men with machetes attacked him in Katipalla, Surathkal. He was later declared brought dead at the hospital. One of the main accused, Pinky Nawaz, was found to have links with PFI.

In 2016, Bengaluru city secretary of RSS, Rudresh, was killed in broad daylight in Bengaluru when two men on a motorcycle carrying machetes attacked him near a junction at Commercial Street.

“My brother’s case is still on. After my brother’s murder, there have been at least three more such murders. We hope that such murders will not happen now that the mastermind organisation PFI has been officially banned. It is a very good move by the government,” said Uday Kumar, Rudresh’s younger brother, to News18. He added: “We are 10 siblings and our parents passed away. Rudresh Anna (big brother) was taking care of all of us. My brother’s murder had instilled fear among many in the area and they did not want to be affiliated to the RSS for a long time.”

Karnataka Chief Minister Basavaraj Bommai seized the opportunity to call the ban “the fulfillment of a long pending demand of the people of the country”. Apart from Kerala, in southern India, the PFI has a strong presence in Karnataka, especially along the coastal districts. The influence of the SDPI in several seats has been crucial during elections and the party also won seats in the gram panchayat elections.

The massive nationwide crackdown on the PFI has given the BJP a shot in the arm, especially in Karnataka where the opposition Congress has been badgering the ruling party on corruption and other related issues, including the poster campaign ‘PayCM’.

The PFI ban has given the BJP the much-needed ‘political ammunition’ to campaign for the upcoming state elections for which it plans to make the issue its central plank. The party has already begun campaigning against the Congress, calling it a ‘Pro-PFI party’, and is expected to blunt the Grand Old Party’s campaign on the corruption front.